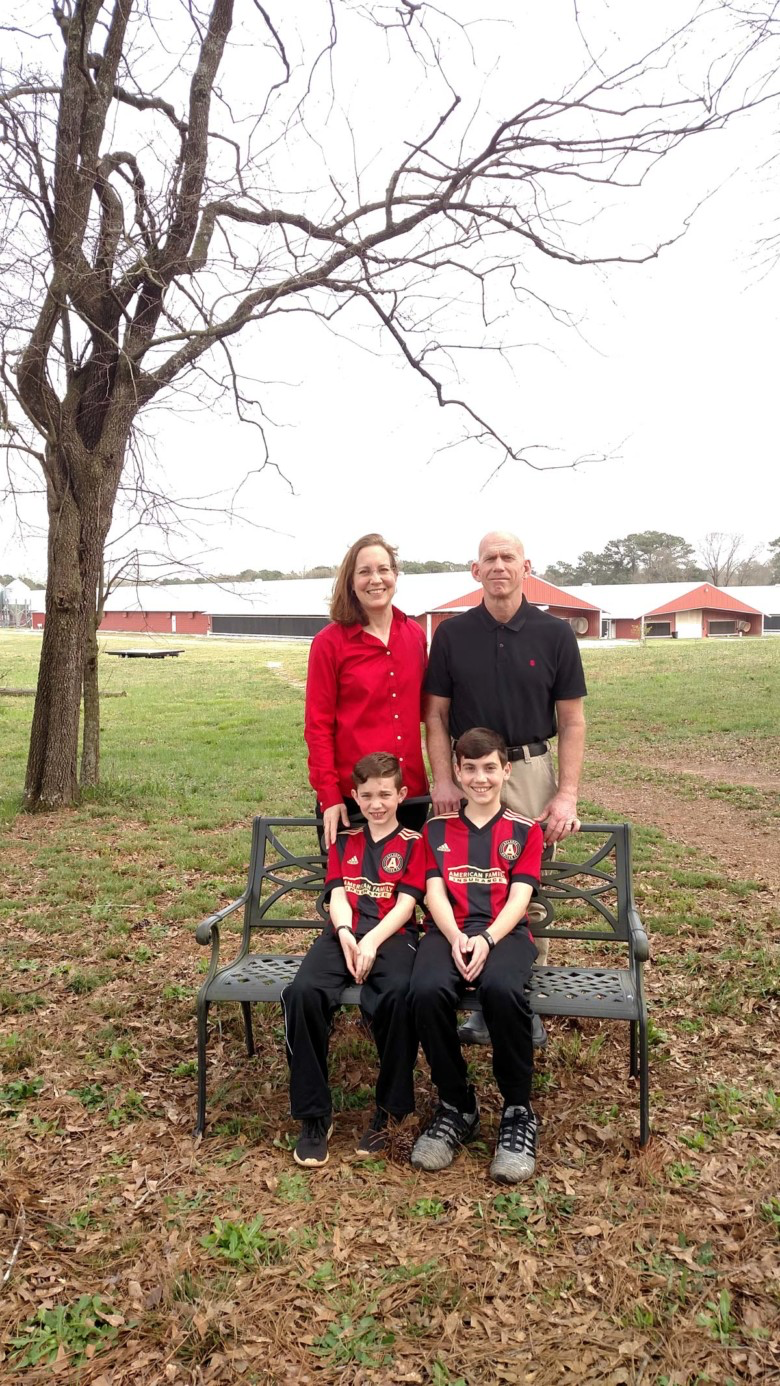 In 2010, Jamey Burns and his wife Julie began their family farm. With the assistance of an excel spreadsheet and admirable attention to detail, they successfully planned each detail of their future poultry farm raising chickens for Pilgrim’s in Carroll County, GA. Two retired military veterans with more than 40 years of combined service – in the United States Army and Air Force – the couple found themselves in control of their own schedule as poultry farmers for the first time in two decades.

Now 52 flocks later, they are proud to raise chickens and two children on their family farm. Jamey begins every day at 6am, checking the chickens and house climate through digital platforms while they make breakfast for their family. By 8am Jamey is in his chicken houses, usually for three and a half to eight hours (depending on the chicken’s life stage) caring for the chickens. Jamey also gives back to his community; he coaches soccer, participates in the county’s recreation department and recently helped manage a community member’s campaign for local office. Julie also volunteers at the school. Both Burns’ note that no matter the time of year, the most meaningful and enjoyable part of their job is that it allows them to focus more on what matters most – their two boys, ages 9 and 11. “I now have the freedom to devote time to other things in my life. For a number of years, I worked in an occupation that was a lot more than a 9-5 job,” says Burns.

Throughout his life, Jamey has believed that a strong code of ethics is necessary for all things. He carried this sentiment with him to Mercer University, which he attended with an ROTC scholarship, into the U.S. military and today still as a poultry farmer. Most recently, he applied this outlook toward improving the efficiency and environmental footprint of his chicken houses. He applied for and was awarded a USDA-NRCS grant to build a stack house that allows him to store his poultry litter (which he scrapes out of the houses between flocks) long enough to land apply the litter at the most opportune time of year to minimize run-off. In 2018, Jamey innovated again, looking to reduce electricity costs and improve his operations further. In May, he installed solar panels capable of generating enough electricity to supply his farm (and then some). Since installation, the Burns’ farm has saved 186,687 pounds of CO2e, equivalent to the CO2emissions from 10.1 homes’ energy use for one year or equivalent to planting 4,702 trees. Although extremely proud of this accomplishment, Jamey continues to look for areas for improvement. He hopes that in witnessing these actions, his two sons will adopt the work ethic he and his wife have strived to uphold.